This project was initially for the assessment of the existing causeway which forms 70% of the river crossing at Bridgewater.

Subsequent to Zivko’s seismic hazard assessment and the geotechnical drilling, Martin and Zivko determined the existing causeway was at high risk of liquefaction under the seismic regime in the area.  Subsequently a new bridge is proposed and further investigations including pressuremeter testing, seismic refraction and sub bottom profiling were undertaken to provide advice for a replacement bridge to span the entire river which is to be constructed in the coming years. 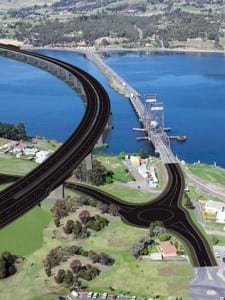